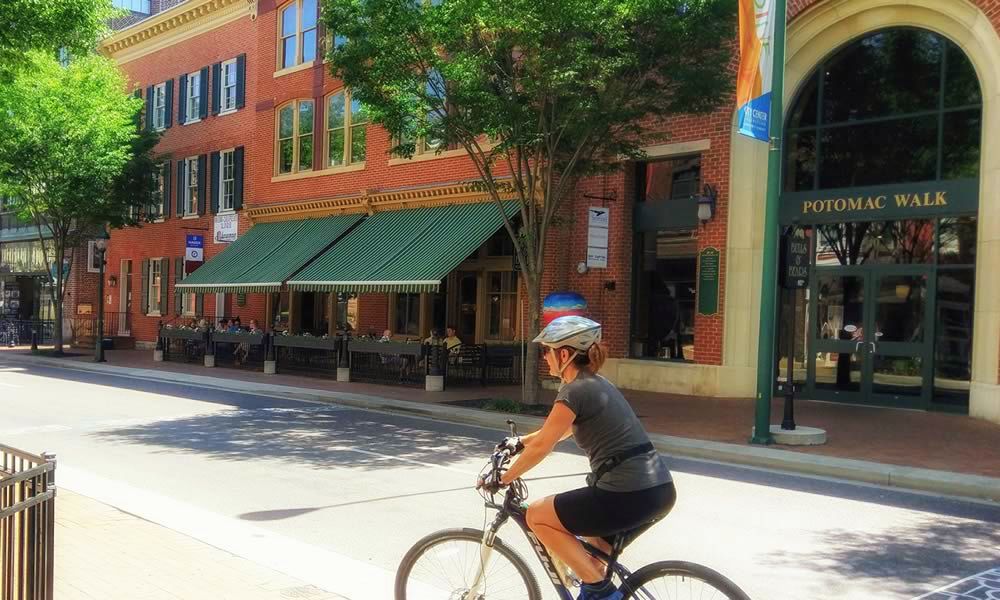 Hagerstown, Maryland, has always been known as a “Hub” city but now the paths that converge here are often hiking and biking trails. Because of our biking-friendly roads, the C&O Canal, our parks, and our well-marked urban bicycling lanes, Hagerstown was officially recognized by the League of American Bicyclists as a Bicycle Friendly Community.

Just ten years ago Hagerstown had virtually no biking lanes. Now, thanks to public support, the support of local government, and Bicycle Advisory Committee, Hagerstown has over ten miles of urban bicycle lanes, bike racks are abundant, and the city hosts several well-known racing events including the USA Cycling Amateur Road National Championships.

To learn more about the bicycling in Hagerstown, visit: www.hagerstownmd.org/bicycling.

View All Events
Explore the Map